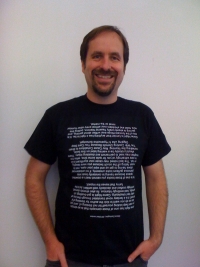 Q. You’re just making them up yourself, aren’t you?

Q. Why the name Jonny Nexus?

A. Are you asking why use a pseudonym instead of my real name, or why pick that particular pseudonym?

Q. How come you’re the one asking questions and I’m the one giving answers?

A. Well if you were asking questions that were better structured and less ambiguous then I might be able to give you straight answers.

Q. Isn’t describing something as needing to be both “better structured” and “less ambiguous” at least half-way to being a tortology? 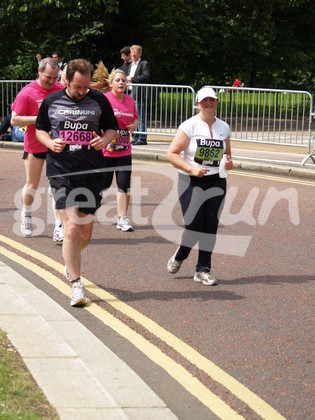 A. Look have you come here for answers, or do you just get a kick out of hanging around author’s websites insulting them?

A. Whatever. Look do you have any actual questions?

A. Fine. I decided to write under the pseudonym when I was creating my webzine Critical Miss with my mate Bubba.

Q. Is that also a pseudonym?

A. Yes. Obviously. We come from West London, not the Deep South. Anyway, where was I?

A. Oh, yeah. We were conscious that on the Internet, everything is indexed, and a fair proportion of it is archived, and we didn’t want to be inhibited in what we did by what other people (prospective employers, say) might think. I once wrote an article describing a roleplaying session in which our characters accidently fireballed a woman who we thought was an evil witch, but who turned out to be a harmless old woman. That’s not the sort of anecdote I’d want bought up in a job interview. 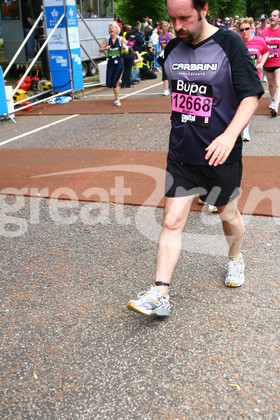 Q. It’s not really the sort of thing you want bought up on an author’s website either, is it? Aren’t you hoping to have agents and publishers reading this site?

A. Good point. Perhaps forget I said that.

Q. Why did you think she was a witch?

A. Because she had a load of cats.

Q. That was it? You fireballed her because she had a load of cats?

A. And she was in an old castle that was reeked of evil and was full of animated skeletons and torture victims.

Q. But that was nothing to do with her?

A. I think it was her son who did it. Anyhow, I thought we were going to forget it?

Q. Sorry. So why Jonny Nexus?

A. Nexus was my favourite comic book character when I was a kid, and I’ve always liked the name Jonny.

Q. Was Nexus a superhero?

A. Sort of. He had god-like superpowers – he was very strong, could fly through space, and zap people with a ray – but he used to work as an assassin, under the guidance of a god-like alien called the Merc who would instruct Nexus via dreams. The comic’s tag line was: “Nexus dreams of mass murderers, and when he awakes he is compelled to seek them out an assassinate them.”

A. Look! It was really deep, with a wonderfully rich science-fiction setting.

Q. Fine. No need to get defensive.

A. I’m not getting defensive.

A. Am not! Look have you actually got any questions written down on your notepad?

Q. I’m a narrative device being used to add a supposedly comic structure to this FAQ. I don’t have a notepad.

A. Humour me. It’s a metaphor. 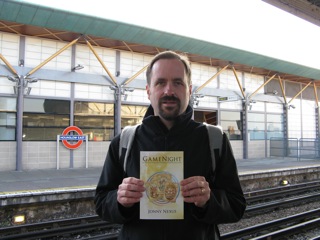 Q. Did you really write your novel Game Night on the London Underground during your morning and evening commutes?

Q. That’s the sort of story you’d think the people who do the Transport for London page in the Metro newspaper would be interested in?

Q. And is your new novel being written on the Tube?

Q. Is that because they entirely failed to recognise your greatness?

A. No, it’s because I moved to Brighton. The new novel’s being written on First Capital Connect’s Thameslink service. 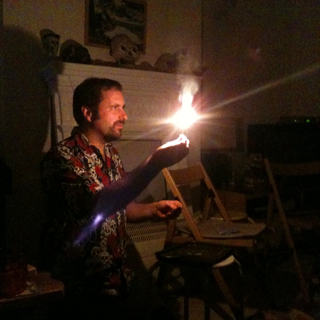 Q. Really? I heard you collect them.

Q. So do you still collect them?

A. Sort of. But I don’t display them.

A. My friends suggested that they might have contraceptive properties.

A. They said that my chances of ever getting a girl back to my place and then accidentally impregnating her was zero, on account she’d run screaming out the door the instant she saw my altar of death.

A. That’s what I called the display of my collection.

Q. What does your wife think about your collection?

A. We keep it in boxes in the attic and only get it out for Halloween parties.

Q. She’s got taste then?

Q. I also heard that you used to have a “Wall of Egotism?”

A. Yes. Look, it was supposed to be ironic.

A. Not really. I eventually gave up framing everything I’d had published when I’d got up to about thirty framed articles and had run out of wall space. Then I had that bit of the house re-plastered and redecorated and it didn’t seem worth putting them back up. Anyhow, have you got any questions that aren’t related to my tastes in interior decoration?

Q. You’ve got lots of quotes about your novel Game Night up on the Game Night website. Were there any interesting quotes from reviews of your earlier work?

A. Well one review on EnWorld.org of the black humour parody Slayers Guide I wrote for Mongoose Publishing said: “I guess if you like your humour coarse and black this will have you rolling on the floor laughing.”

A. No. He then proceeded to have a total moral meltdown, declared it to be, “immature, nasty, cliquish and insulting to the disabled”, said that as far as he could see its only possible purpose was to act as a terrible warning, and then proceeded to give it a rating of one out of five (appalling). It was the lowest score in Mongoose Publishing history.

Q. Didn’t Mongoose once publish four books that were so bad they withdrew them from sale, took them out of the warehouses, and pulped them?

Q. What did they get?

Q. You didn’t send that reviewer a complementary copy of Game Night then?

A. Now you come to mention it, no.

Q. Have you ever taken drugs?

A. No, but I once had a bloody strong cup of coffee in Milan. For ten minutes I could have ruled the world, but then I came down and I was just a programmer again.

Q. So that’s one classic writer’s experience you’ve missed out on. Have you ever hunted wild boar in the forest or paddled down the Amazon is search of killer fish?

A. Look, I’m not taking this from a narrative device.

Q. I think you’ll find you are.

A. Are you just going to sit there and insult me, or do you have a final question?

Q. What would you like written on your gravestone?